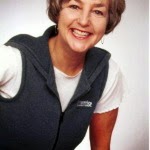 November is Alzheimer’s Awareness Month. According to the Alzheimer’s Association, five million Americans live with the disease with that number expected to triple by 2050. But the good news is, even though it’s the second most feared health condition after cancer, lifestyle choices make a difference in how the condition progresses because our brains have the ability to reorganize by forming new neural connections throughout life in a process called “neuroplasticity.” Here are a few lifestyle tips to digest for preventing and/or reversing cognitive decline.
Read article in full at bloomerboomer.com